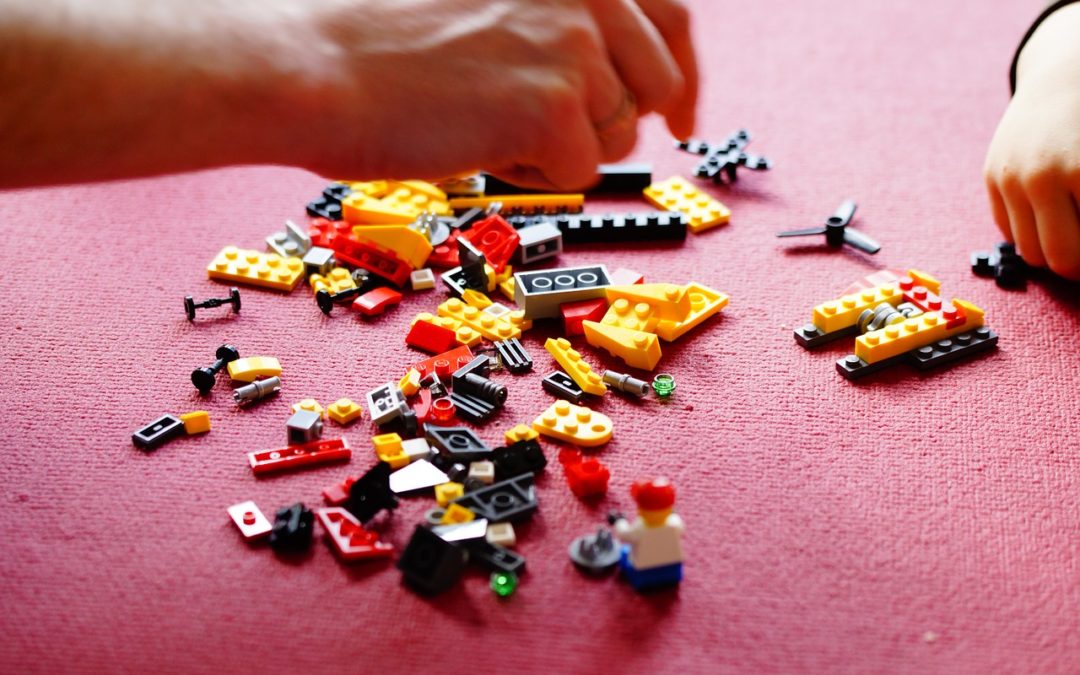 Hands up, everyone who thinks it would be pretty cool to spend a week learning how to use advanced 3D modeling techniques to build conceptual models of complex human systems, testing possible future states for hidden weaknesses, in order to develop optimal strategic plans?

One…two…three… okay, just about half of you.

So, hands up, everyone who thinks it would be pretty cool to fly across the country and spend a week playing with Lego in a resort town south of Vancouver?

Just about everyone! Go figure.

Truth is, these are one and the same. Through some fairly extensive testing done primarily by university professors, Denmark’s Lego has developed a methodology they call “Serious Play“, which enables trained facilitators to do some pretty neat stuff with small teams.

Serious Play might sound like a Serious Joke to all those who eschew team building exercises and the like, but would you give it a second glance if you knew that NASA used it to right their ship after they lost one of their space shuttles? Or that Microsoft, Google, and many others rely on Serious Play as a key strategic enabler?

But if it’s so great, you might ask, why haven’t you ever heard of it? Good question! Despite being almost 20 years old as a methodology, there were only 52 facilitators in the world who were trained in the use of Serious Play prior to 2010, and only about a dozen of those offered it extensively to their clientele.

A fortunate change to the licensing model in May of this year has now opened up the methodology to the world at large, but mine was only the second group of eight facilitators in North America to be trained. Of those eight, one was from Brazil, another from Chile, and a third flew in from Ohio. So even now, if you want to experience the value of Lego SERIOUS PLAY ™, you will be hard-pressed to find a trained resource to work with you.

Uses of the Medium

Lego Serious Play ™ is used in many different ways. It is a critical element in what Lego refers to as “Strategic Thinking” – the action that should ideally take place prior to Strategic Planning. Project teams, Executive Boards, or any other group who needs to work together are able to use this medium to define an environment, an objective, and the variables that are at play within that environment; and then spend the necessary time assessing the interplay of all of the variables within the system. Key risks are underlined, unknowns are brought out into the open, and plans are laid out, discussed and changed.

A critical differentiation between the use of Lego and other typical facilitative methods is that stakeholders have more than words or scribed notes – they have physical models in front of them that, over the course of an assessment, come to hold profound quantities of the shared knowledge that resides within the stakeholder team. What struck me was that, meaningless as the models would be to anyone not in the room, they were profoundly effective for holding and expressing meaning for those working with them.

One of the most important lessons my group learned over the course of the four days of our training was this: You can’t just drop a box full of miscellaneous bits on the table and expect miraculous results. We were a group of highly experienced facilitators, and it took us the full four days to grasp the subtleties of the medium.

And, no, you don’t have to be an expert to use Lego SERIOUS PLAY ™ in your organization. Prior to the training, I had (no kidding!) never played with Lego before. By contrast, in the room with me, also undergoing the training, was Robin Sather, one of ten Lego Certified Builders ON THE PLANET – but while his models looked a lot cooler than mine, both models held meaning, and helped convey a story. Yours will too.

An Invitation to Play

So by all means, if you get the opportunity, try your hand at Lego Serious Play. But kids, don’t try this at home!

Oh. And if you work with us, you don’t get to keep the Lego. Sorry. You’ll have to raid your children’s closets when you get home for that.