“A bit of a risk…”: A client’s-eye view of work with the CT Labs Team 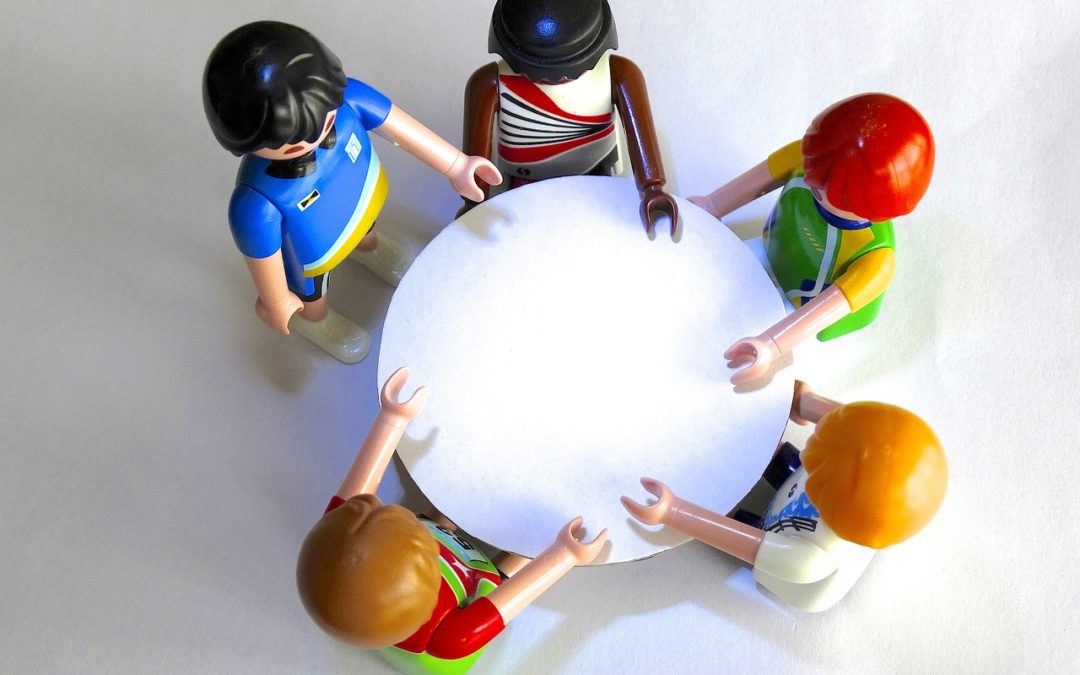 Note: This was written with a client, from his point of view, about 4 years ago. It never got published, and I found it in a folder this evening. Still a useful illustrative story, so I thought it still worthy of sharing. Cheers, Phil

“It’s natural. It’s healthy. But it’s going to be uncomfortable, and I apologize in advance for that discomfort. Here’s why it happens, and why it has to happen.”

My dentist, telling me about a tooth extraction? Nope – that was our facilitator telling us how our yearly planning retreat was going to go, if we followed the methodology he was recommending. So we listened to him explain the logic behind the method, and then we took a bit of a risk.

My team is widely distributed, with offices located across the country, in eight provinces, all with different amounts of resources available and different stakeholders, with differing needs and expectations. We deliver services to clients located across the country. I had been in my position for about a year, and had yet to meet most of my team members in person. We had the feeling that we were offering disparate sets of services across the regions, and wanted to capitalize on best practices where possible. We also felt like islands, rather than a team. I wanted to invest our planning session dollars in such a way that we changed that dynamic. Finally, communicating only through email and phone had left some of us with preconceived notions about each other, some of them not very helpful. But more on that later.

I met with my core team at the office, and we determined that we wanted to engage our extended team in developing the yearly plan, and we wanted the time spent to give us a new way of working together. Rather than waiting several years for fatigue to set in, knowing that we wanted to bring about some sort of culture change, we determined that we needed a different way of collaborating, of listening to and learning from each other, and of creating a path forward that was truly shared. We knew that doing things differently might entail taking a risk, but the outcomes were necessary, so we decide that the right risk would be worth taking.

We chose to work with CT Labs, an Ottawa-based team whose work is centred on enabling change in complex human systems. As Phil Culhane, a Lead Facilitator, detailed the methodology and answered our many process-oriented questions, we determined that this was a risk worth taking.

We met in Montreal for the two-day retreat, and it was clear from the start that this was not an ordinary workshop. To start, there were no tables in the room. There were no ID tags, and we started right into the work without a round of formal introductions. Phil kicked off the morning by explaining that the retreat was to be held in the service of a question that was posted on the wall. He read us the question, and then asked everyone to suspend judgment as to whether that was the “right” question until after the first exercise. That first exercise, called “12 Windows”, sort of a SWOT analysis on steroids, alone provided more benefit than I had seen groups achieve at entire retreats.

Over the course of the morning, using the 12 Windows format, we discussed our directorate, and how it fit within the larger Program, the Department and the Government of Canada environment, across time from the past through the current state and on into the future. My more seasoned employees got the opportunity to “tell the story” of how we got to where we are today. The newer arrivals, myself included, got the chance to ask those questions we always wanted to ask. Everyone grew to understand the context around why we were where we were at that point – the decisions, the changes and the events that had shaped our program. With that shared understanding, everyone had fresh eyes for the intention question, and when Phil revisited the question just before lunch, the assembled team accepted it as the “right” question – the most useful question, given the now commonly-shared context.

After lunch, in a process that was similar to Open Space Technology, Phil asked us to post open topics for discussion in response to the question, and to self-organize into four rounds of discussions – two that afternoon, and two the next morning. And that’s where the discomfort started to set in. After an excellent morning where we did a lot of learning, where my core team and I felt that there was a lot of support for forward motion and cultural change within our directorate, the conversations after lunch were polite, but not passionate. Looking to capitalize on the morning’s conversations, I started to push harder for change – but it was like pushing on string – people would listen, smile, and agree, but they were not engaging – and nothing was changing.

At the end of Day 1, when our stakeholders left to get ready for a team dinner, I expressed my frustration to Phil, and he reminded us of his words from back when we first met. Phil had expressly told me that I might be less than enthusiastic at the end of Day 1. He was pleased with the level of engagement at that time, because, for him, it indicated that the event was progressing as planned. At that point, my concern was that we might have taken the wrong risk – that we might spend two days in polite conversation and walk away with nothing. Phil cautioned us not to interrupt the process, and assured us that the structure was in place to allow useful change to occur. He suggested that we enjoy the evening out with the team, to talk work if it came up, but generally to just have fun and relax. And so we did.

The next morning, we entered into rounds 3 and 4 of discussions, and something happened – we started making decisions, we started making concrete plans, and all of my core team reported to me that they saw our culture starting to shift. Key moments were when the regions agreed to move forward with common service offerings, and when we agreed to stop writing content uniquely across regions. We made these decisions tangible by agreeing that the next two projects, which were just about to begin, would be delivered in a national structure.

The second day flew by. We had useful in-depth conversations, and we prioritized key action areas and moved to specific action planning on four sets of actions that we felt would offer most benefit in service of the question that was underpinning the event. We walked out with detailed action plans, timelines and leadership in place for each initiative – and because of the way we developed the plans, we had a shared conviction that this year, something was actually going to happen. The change had happened – but how?

On The Other Side

Looking back, the logic behind the underlying structure of the event made a lot of common sense. We created a shared understanding of a problem space on the morning of the first day, and then we started talking about ways of changing our ways of working to solve the problems we had identified. But the tough part of culture change is admitting that each of us, personally, might have to make changes in order for change to occur. Change is not something we can tell everyone else to do. Moreover, everyone clearly needed that first day – and the evening out – to develop the level of trust and common understanding that would enable him or her to decide that change – individual, personal change – would be worth the effort. Everyone needed the informal time and the night’s sleep to consider all of the information, and then to realize that they too might need to change, if a change was going to occur.

From my point of view, I was looking for some real change from these days together. I expressed some vulnerability, engaging the whole group and admitting that our core team did not have “the answer” – and telling everyone that I had full confidence that we, as a team, could come up with a richer solution than I could as an individual. But I needed results – and at the end of Day 1, I wasn’t sure where they were going to come from.  As the progression on Day 2 clearly demonstrated, we had the right amount of structure mixed in with the chaos. There was clearly a method to the madness. The methodology we used managed the risk that needed to be managed, and specifically did not manage those human aspects that enabled change to occur in a way that respected the participants.

Circling back to a point I made in the second paragraph, the event also changed how we saw one another. On the way back from dinner on the first evening, one of my regional reports admitted to me that, based on our email and telephone conversations, she had come to a certain, and not too positive, opinion of me over the course of the first year. Seeing the way I engaged in open conversation with the team, expressing myself and listening openly, she was able to see me in a different, and far more positive, light. Months after the event, I can report that our conversations have fundamentally changed for the better because of those two days.

We went home with the richest set of outcomes I could remember achieving. In fact, the closing comments of one of our participants summed up the time investment quite well: “We found solutions, and laid out the timelines to get them done. It’s a small miracle.” We left the room with a lot more context and knowledge than we had when we arrived. We had detailed work plans set out for the next year – and having been developed by the whole team, these plans were both achievable and supportable– the type that would actually bear fruit. But more than these, we had a better understanding of each other. There was flexibility, and an interest in working together truly as a team. Those two days set the stage for what is now an ongoing, beneficial culture change within our team.

We didn’t show up with a preconceived outcome, but rather enabled a conversation that led to an outcome that was truly shared – something we could not have achieved from a “command and control” style of retreat.  And we realized that achieving such an outcome required taking some risks, and making some changes for ourselves.

To anyone else who would like to try this process, I would share the caution – there will be discomfort, and some of the discomfort may be yours. You too may need to make changes in your beliefs and choices for culture change to occur. Perhaps it’s time for your team to take a bit of a risk?